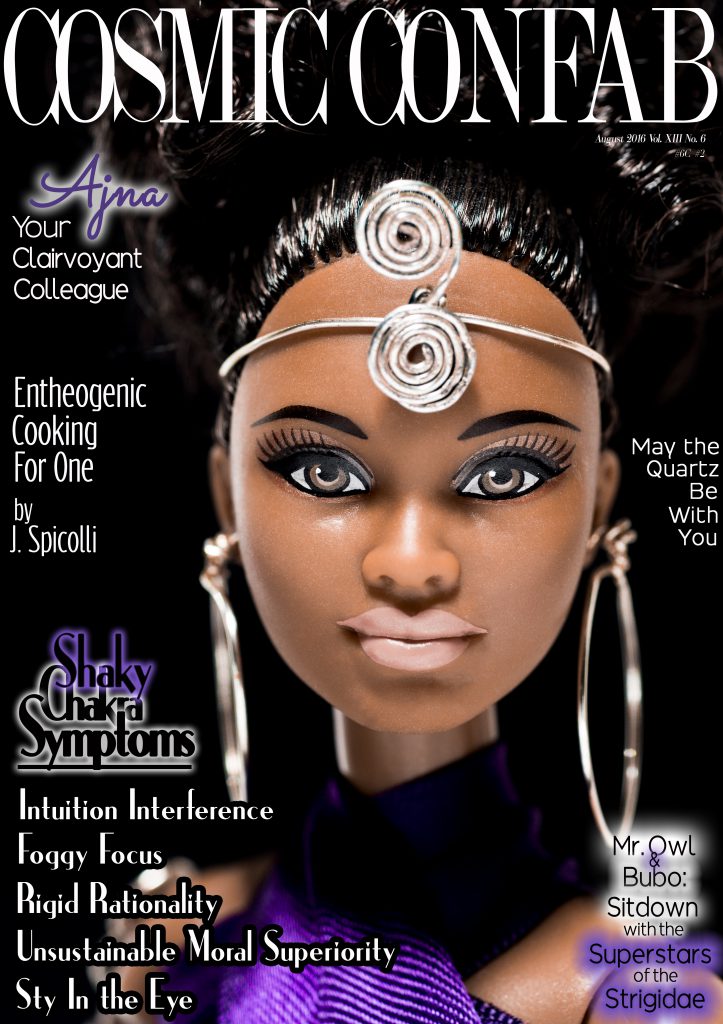 It is this gift of seeing – both inner and outer – that is the essence and function of chakra six.  Through seeing, we have both a means of internalizing the outer world, and a symbolic language for externalizing the inner world.  Through our perception of spatial relationships, we have building blocks for both memory of the past and imagination of the future.  Thus, this chakra transcends time.

The chakra itself includes the inner screen and vast storehouse of images that comprise our visual thinking process.  The third eye sees beyond the physical world, bringing us added insight, just as reading between the lines of written material brings us deeper understanding.

The Sanskrit name of this chakra is ajna, which originally meant “to perceive” and later “to command.”  This speaks to the twofold nature of this chakra – to take in images through perception, but also to form inner images from which we command our reality, commonly known as creative visualization.  To hold an image in our mind increases the possibility that it will materialize.

The gamut of visual and psychic ability can run from those who are extremely observant of the physical world to those who are gifted in psychic perception, who can see auras, chakras, details of the astral plane, precognition (the seeing of future events) and remote viewing (seeing things in other places).