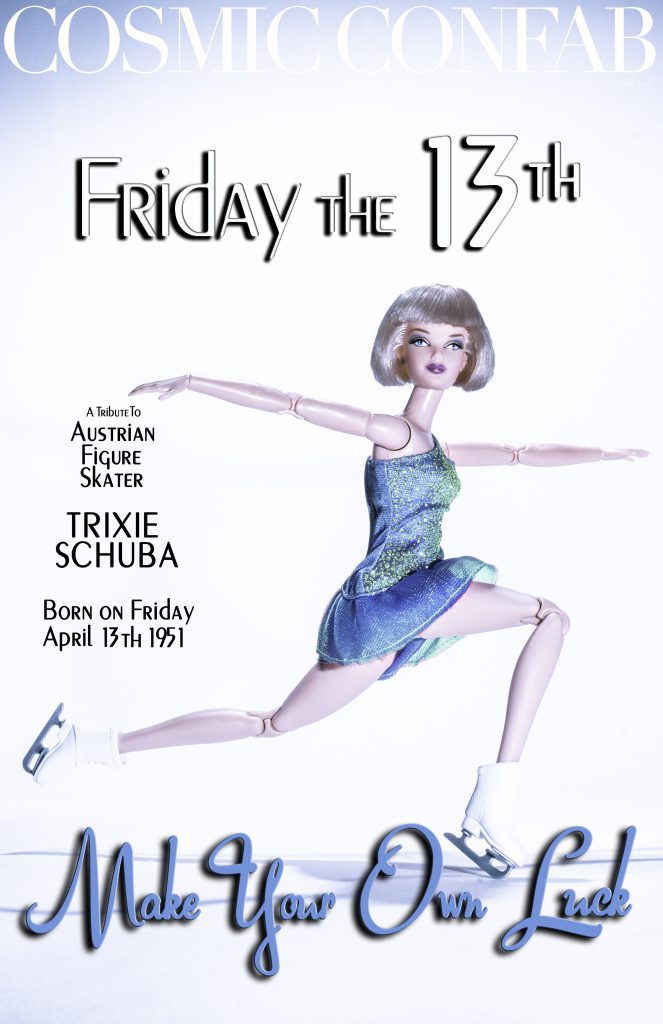 Austrian figure skater considered to be one of the best compulsory figure skaters ever.  Born on Friday April 13th 1951.

Happy Friday the 13th – Especially to those lucky enough to be born on such an auspicious day!  If you’re born on Friday, April 13th, you’re in fine company with the likes of not only Trixie Schuba but Butch Cassidy, Samuel Beckett, Don Adams, Tony Dow, Max Weinberg, Peabo Bryson, Peter Davison, Peter ‘Possum’ Bourne, and Japanese actor, Hiro Mizushima.

On the flip side however, Friday the 13th fear is so real that it needed two names:  Depending on your dipthong preferences, you might want to use the Norse version, friggatriskaidekaphobia – from Frigg, the Norse goddess of wisdom after whom Friday is named, and the Greek words triskaideka, meaning 13, and phobia, meaning fear- or the Greek version, paraskevidekatriaphobiaz -paraskevi meaning Friday, dekatria also meaning 13, and phobia, meaning fear – when calling off work.

So, whether you consider it lucky or unlucky, find an excuse to celebrate!

You Make Your Own Luck.